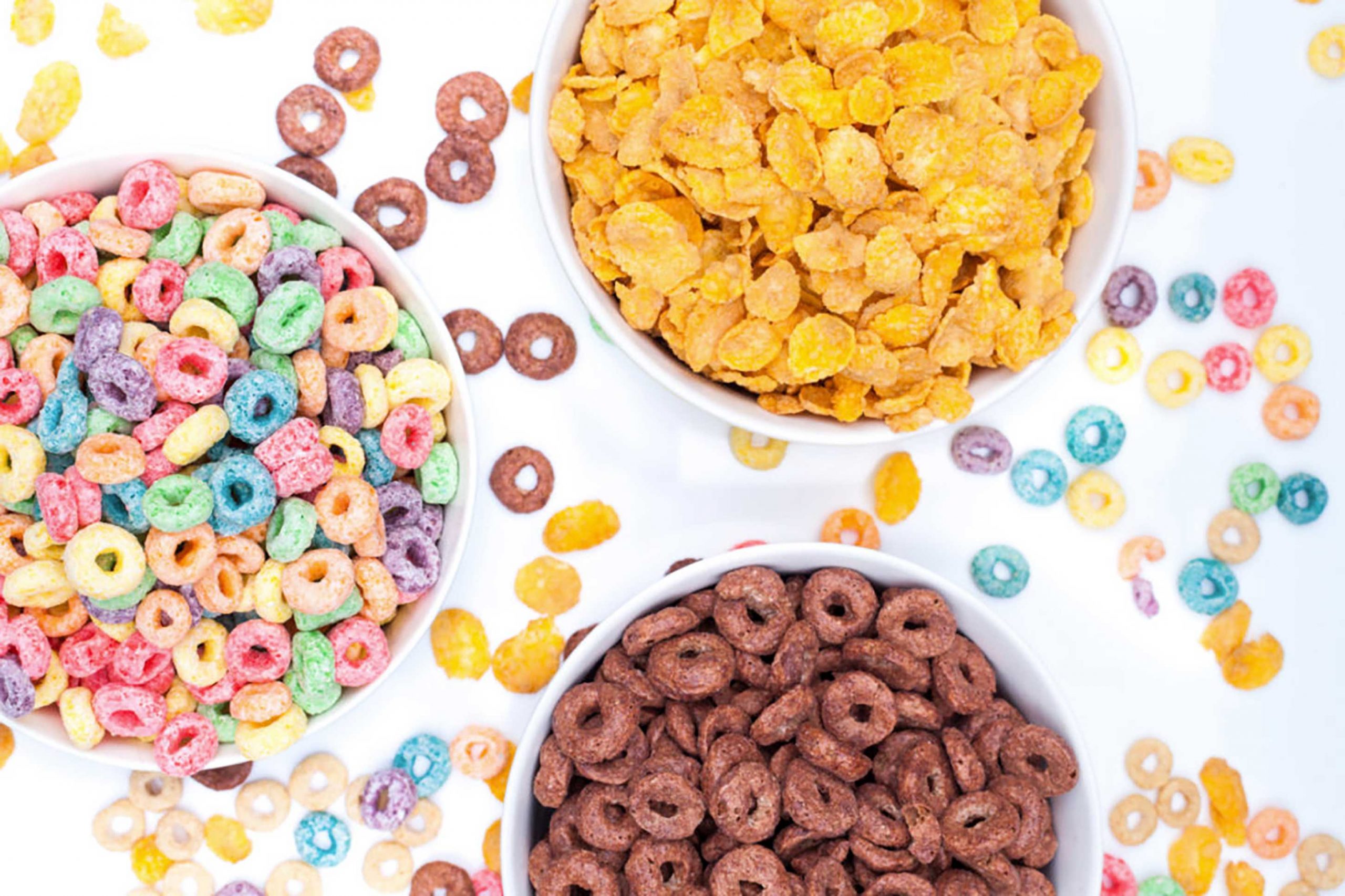 This is cereal. And if you’re a cereal lover like us, then today is our day.

The good captain’s full name is Horatio Magellan Crunch, and he captains the S.S. Guppy. The original voice of Cap’n Crunch was Daws Butler, who not only voiced such iconic characters as Elroy Jetson and Yogi Bear, but also taught the next generation of voice actors, including Nancy Cartwright (the voice of Bart Simpson).

Grape-Nuts contains neither grapes nor nuts and, according to their website, there are two different stories for how the cereal got its name. In 1933, Grape-Nuts sponsored Sir Admiral Byrd’s expedition to Antarctica—renowned for the first two-way radio communication with someone on the southern continent.

When Frosted Flakes was first introduced in 1952, there were two mascots: Tony the Tiger and Katy the Kangaroo. Tony was a hit and became their forever mascot. For over 50 years, Tony was voiced by the talented (and awesomely named) Thurl Ravenscroft, who also sang the immortal “You’re a Mean One, Mr. Grinch” in the original How the Grinch Stole Christmas.

In 1964, after a challenge to develop a new cereal using existing manufacturing capacity, General Mills product developer John Holahan combined Cheerios and cut-up Circus Peanuts. An advertising company came up with the idea to market the new cereal around the popular charm bracelets, and the rest is magically delicious history.

While this is a new cereal, it still has some historical roots. H.B. Reese used to work for Hershey, before retiring and starting his own company. His big success, of course, was his Peanut Butter Cups, which inspired this poofy cereal. But as comedian Mitch Hedberg pointed out in regards to the Peanut Butter Cups, there’s an apostrophe in the name. That means these Puffs belong to Reese. So, if you are ever eating a bowl of Reese’s Puffs “… and a guy named Reese comes by and says, “Let me have that,” you better hand it over.”

And a bonus fact for the cereal you’ve probably never heard of:

No, it’s not the cereal lovechild of granola and Dracula, but it is the oldest cold breakfast cereal. Invented in 1863 by James Caleb Jackson, it never really caught on: probably because the cereal was so hard it had to be soaked overnight in order to be edible. That’s why it had the nickname “wheat rocks.”