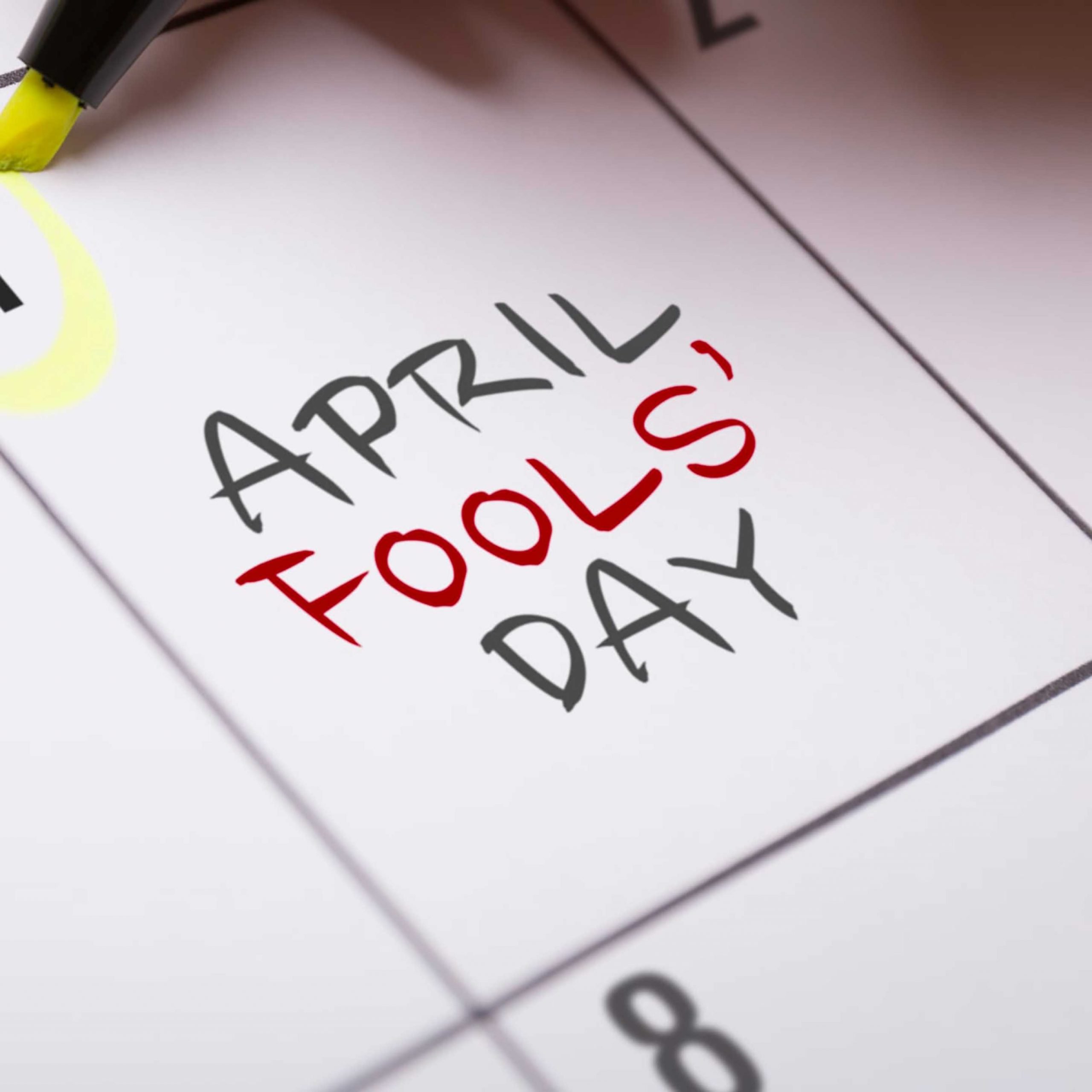 Ah, April Fools’ day: a day of jests and pranks.

Whether it was Burger King’s “Left-Handed Whopper” in 2008, or the BBC announcing a record pasta harvest in Switzerland in 1957, harmless fun at the expense of the gullible is a world-wide, day-long tradition.

But April Fools’ Day has a very unique and storied history.

Come with us on a journey through the history of April Fools’ Day and learn 5 things about this jocular holiday you probably wouldn’t expect.

1. April Fools’ Day may have originated in Ancient Egypt.

At least, some historians believe evidence points to a similar celebration circa 1400 BC. This celebration involved the creation of fake figs. These would be mixed with real fruits at a harvest feast, and those who selected the false figs would get a surprise: nothing. Everyone loved it. These feasts, however, weren’t in April, but were held closer to the end of the growing season in late February.

Benjamin Franklin was known by all to have a singular wit. It was intelligent, goofy, and sometimes even bawdy. Bringing humor to the masses was a big part of the success of his publication Poor Richard’s Almanack: a popular joke being, “Fish and visitors smell after three days.” One of Ben’s favorite practical jokes, though, was applying a bit of ink to the nose rests of his newly invented (by him) bifocals, having others try them on, and… you know the rest. This is an old April Fools’ Day gag now, for sure, but back then, it was hilarious.

3. April Fools’ Day pranks were banned in the UK during WWII.

Of course pranks of all sorts were discouraged as countries united during the Second World War, but the UK actually banned them. The last straw, so to speak, were flyers that appeared in London in 1943. They advertised a one-time-only performance (on April 1, of course) of a man contorting and squeezing himself into a very small metal box. It seemed impossible and it was. With a crowd showing up to a closed theater, the safety risk was immediately seen by the government. April Fools’ Day pranks were quickly banned by law for the duration of the war, but the prankster remained a mystery.

Started in 2010, the Nascondino World Championship has been an annual event in Bergamo, Italy. Occurring every April 1, Nascondino is Italian for “hide and seek,” and that’s exactly what this silly and light-hearted competition is. In 2011, Luigi Artino jokingly put his name down as “Mario” on the official record since his team was dressed in Super Mario costumes. But, when that team won, the governing body (all in fun) decided to be firm with the rules. “Mario Artino” was awarded a trophy, but couldn’t be found to accept it since he didn’t exist. He’s a Nascondino legend to this day.

This one is also kind of a cheat. It doesn’t really come one day early on our calendar, but it does when compared to April Fools’ Day of 500 years ago. It all has to do with the switching from the Julian calendar to the Gregorian calendar. That shifted a lot of days, which means that technically, April Fools’ Day comes a day earlier this year.

The best April Fools’ Day pranks are woven with truth, making them easier to believe. And if you believed any of ours, then mission accomplished and April Fools!